about a week and a half ago our dog jesse started acting funny.  pete was in guatemala.  she just seemed sad and lethargic.  a few days later she stopped wanting to eat.  we bought her some different food, but she couldn't hold anything down.  I took her to the vet yesterday morning and they were very concerned.  they took some blood and told us they would know the results the next day.  I really just wanted to know what was wrong with her before we started treating her for everything under the sun. 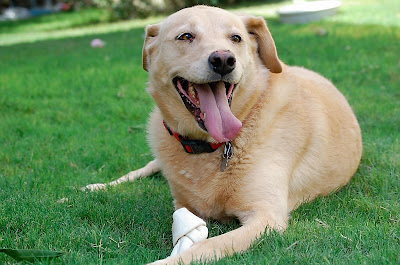 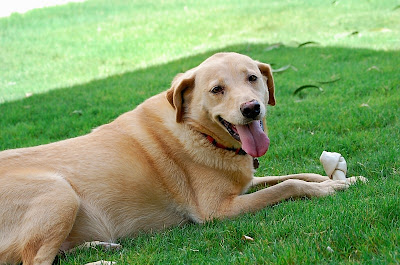 this morning the vet called us and told us that her kidneys were failing.  we could start an aggressive treatment plan that wouldn't cure her or promise us much more time...or we could let her go.
I could hardly stand the thought of not having her around...but could also hardly stand to see her so sick.  today she wouldn't stand up or even lift her head up to say hello.
I got jesse from the animal shelter a little over 8 years ago...after doug died. my friend laurie went with me to pick her out.  jesse was really shy but sweet.  oh, and she came with that name.  I never thought it was a very good dog name.  she quickly became my sidekick and helped me feel a little less lonely.  I have this picture of us together my first Christmas without doug...just hanging together with somber faces.
she was always laid back.  let the kids pull on her ears and pretend she was their horse to ride on.  she was the first to welcome eden home from the hospital when she was a day old.  about 7 times a day charlotte says "shoe socks on...see jesse...I pet her"...and we go outside to see her. 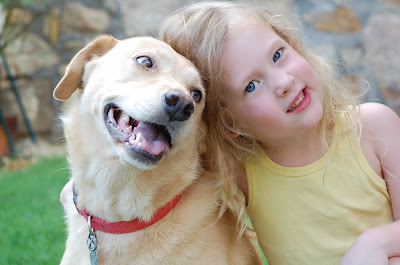 this afternoon it became quite clear to me that I needed to let her go.  we all told her goodbye which was pretty hard.  this is the last picture I took of her.  she even had her own casas por cristo dog house made by petey. 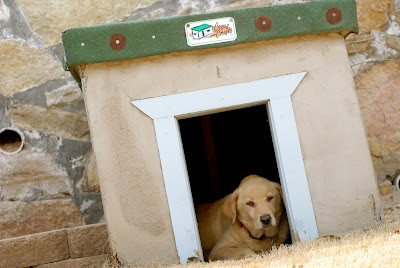 I stayed with her until she was gone at the vet's office.  and then walked out with teary eyes...and an empty collar and leash.
sure will miss her.  I bet we walked 1,000 miles together.

"dogs lives are too short.  their only fault, really."
--carlotta monterey o'neill
Posted by Abby at 8:51 PM

So sorry Abby...we had to do the same thing last year and I know how sad it can be. She lived a beautiful life with you :) Praying for y'all..

{Hugs}
I'm so sorry to hear about Jesse.
Praying for your heart.

Oh my, I'm so sorry. I cried while reading this post.

There is nothing better than a good dog.

We will be praying for you!

Oh my sweet, dear, friend Abby, this just breaks my heart. I remember the day I lost my cocker spaniel "Tiger" at the age of 12. It's funny how he knew to lick my tears away when I cried for knocking over my Moms favorite vase. Or when kids at school would tease me and I would come home, and Tiger knew a good chase was the perfect cure to my blues. Rolling in the grass together, watching him eat, rubbing his tan coat against my cheek, and seeing his smile when I came home from school are memories time can never erase. I look forward to playing with Jesse and Tiger in heaven, alongside you my dear sister. I am so sorry for your loss, and I'm here for you and your family.

I have tears in my eyes. We took our vet to the dr. yesterday and found out she needs a very expensive surgery. We are seeking a second opinion and are trying to decide what to do. It is so hard! This has been a tough week emotionally for us and I am sure it has been for you to. Praying for you, friend!