here in the dockery home we are big dr. seuss fans.  I mean, come on...who isn't?  eden has loved the beloved classic green eggs and ham for a good long while.  before bed she always picks books for us to read.  sometimes she gets stuck on one or two favorites for a few nights in a row.  green eggs and ham was one of those favorites in recent bedtime book reading.  the other night I read it to her and told her that if she remembered to ask me in the morning I would make her green eggs and ham for breakfast in the morning.  her eyes twinkled and she shouted "you're the BEST mom!!!".  sometimes it takes so little.
so, the next morning...she hadn't forgotten.  at 7 a.m.  I put a drip of green food coloring into 2 scrambled eggs. and voila...green eggs.  the only ham we had was the lunch meat packaged kind...so I didn't turn it green.  eden was thrilled with the green eggs but requested green ham as well for next time.  should have known she'd need complete accuracy in recreating the story. 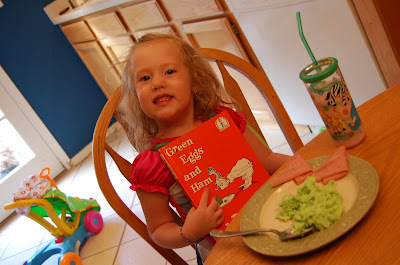 we also had a few other cute picture worthy happenings last week.  it was cow appreciation day at chick-fil-a, so we dressed up the girls and they got free kids meals.  we had black spots pinned on charlotte, but she ripped them off before we even got in the door.  oh well, they still gave her the nuggets. 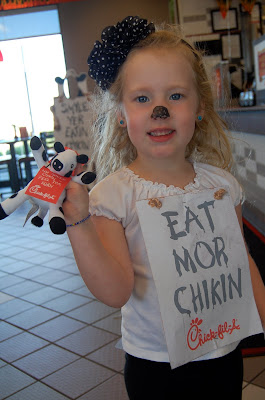 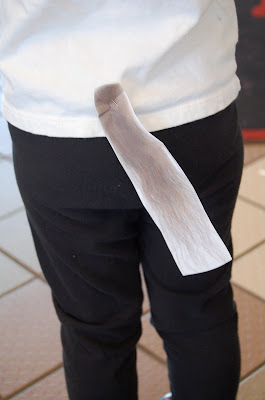 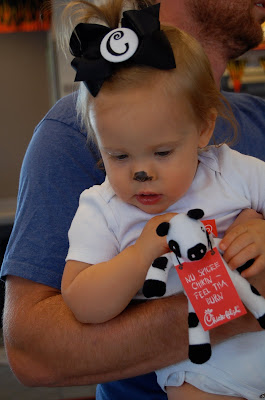 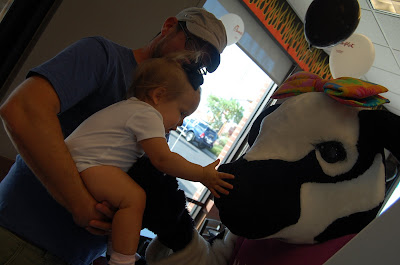 also...that night we went to the el paso zoo's members only night.  ooooh aren't we fancy?  we were the first to see the new zebras, meerkats, and giraffes (along with a few hundred other members and their families).  the giraffes were apparently too frightened to come over a bridge into their new habitat so we didn't actually see them at all.  eden was really upset about this and even cried.  we never knew she had such an interest in giraffes.  later that night she told us she had an idea.  the next time we went to the zoo, she would bring her flute (pink plastic recorder) and play it for the giraffes so that they would come out.  because "all animals love instruments".  now, why didn't WE think of that.  of course! 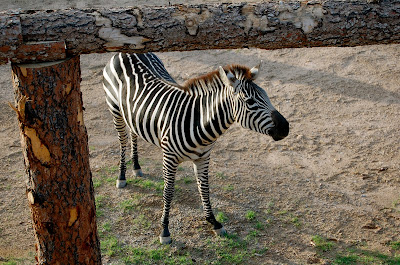 straight up LOL'ing about eden the giraffe charmer with her pink recorder luring the animals into their new habitat. amazing!

yes, lol'ing. Eden, you slay me. Love the posty sis.