this weekend I attended the created for care adoption retreat.  and it is going to take a couple of posts to tell even a portion of how much I learned, and how beautiful those three days were for my soul.
right now I'll just share a really personal Jesus and Abby moment that happened the last few minutes of the retreat on sunday morning.
one of our speakers, the AMAZING Dr. Susan Hillis (senior scientist at the CDC researching the HIV/orphan crisis AND is an adoptive mom of 10!) felt that the Lord wanted her to play a song for the 250+ mothers in the audience.  so she did.  because she's obedient like that.  I'd never heard Kari Jobe's song called "my beloved".
it's pretty much a love song from God to His children.
so I closed my eyes and listened...because I listen the best that way, not because I think it is super spiritual.
the first few sentences made me teary.  "you're my beloved, you're my bride. to sing over you is my delight. come away with me my love".  to sing over me is His delight? wowzahs.
but then she sung the words "I see no STAIN on you my child. you're beautiful to me" 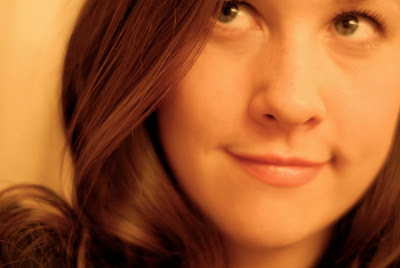 and I am 100 % sure that no one else in the audience had the same thoughts I did at that very moment.  because no one else there had a birthmark medically termed a "port wine STAIN" on their forehead.  no one else there was born with a fairly large reddish that changed to pink mark on their face.  they might have been stared at for other reasons throughout their lives.  but not because of a stain.
if I had a dime for every time someone asked me what it was, told me what shape they thought it looked like, what their child thought of it, or simply brought up the fact that it was there....I'd be a rich lady.
and no, I don't have some sort of psychological damage from growing up with a birthmark on my head.  most times it doesn't bother me.  but sometimes in new places or airports I get tired of people looking at it. and the elementary school/middle school years were not fun.
so anyways. the song.  I have no idea why it took until age 28 for me to hear this song and get it through my brain the way God sees me.  He sees no stain.  not a port wine one...or any of the ugliness I see inside of me.  He came and washed those stains away.  and I've known and believed the part about the sinful stains being gone since I was a little bitty girl.  but for some reason this picture of Him seeing no stains on my skin or inside my soul made things so clear in my heart yesterday morning.
and I am so grateful that God told Susan Hillis to play that song.
recently I have seen myself as not good enough at anything. mom. wife. Christ follower. exerciser. eat righter.
but that isn't how He sees me at all.  it is His delight to sing over me.  He thinks I am beautiful. AND He made me stainless.
I thought I was going to this retreat to learn all about adoption.  which I did.  oh boy, I DID.  but I also learned about myself and was refreshed.  and healed in a lot of ways.
I am listening to this kari jobe song right now as I type this.  and my 4 yr old, eden, told me not to turn it off because ken and barbie were dancing to it.
ha!
nothing like a little child to turn my tears into laughter.  love her.
Posted by Abby at 1:27 PM

you are awesome. tippy top to tippy bottom. what a cool realization. in case you care, youve always inspired me by never wearing makeup to cover it up since i've known you and i thought that your confidence was amazing (though not surprising since youre a freaking beauty!)

Girl, you are beautiful!! Not only on the outside, but on the inside as well! LOVED getting to meet you this weekend! And love your funny and precious personality! Wish we had had even more time to hang out! So glad you had this sweet time with the Lord!

What a great story. It's nice to discover true beauty through God. So many times we are so hard on ourselves and ultimately, it doesn't matter to Him.
You have the most beautiful soul and you're pretty hot too girl! You are a true inspiration.

Beautiful post. And, shucks, I'm sorry I missed you at the retreat! I even had on your shirt Saturday morning (added my sweatshirt over it after that. brr!)

beautiful Abby! this story, this piece of your heart, of your relationship with our Creator....it's what it's all about! i think as mamas we sometimes forget that we too are His children....we get so use to taking care of little ones- I'm glad that this weekend He reminded you of what a precious daughter you are! No stain, no stain, no stain!! Those words, that truth- they make me fall so in love with Him and his grace! thank you for sharing! you truly are His beloved :)

Abby, it was so great to get to meet you this weekend.

Isn't funny how God can sneak up on you? You are just sitting there enjoying the speaker or the music and then, boom...He pops up and says "See how much I love you!"

Pressing the "love this" button...

Thank you for being so transparent, your words totally spoke to my heart in this post. Though I admit there have been others that have too, just didn't post on them. It has been really awesome to be allowed to "travel" with you and your sweet family on the journey toward adopting your son. When reading this post I actually had to go on facebook and look a pics of you to remember your "stain". I guess I just think of you as such a beautiful person, that I even forgot that you had a birthmark. Your inward beauty shines all the way to your outward beauty, so I think people just see a beautiful Abby which outshines "the stain"
-Christie

love this post...and can I tell you a secret? your birthmark has always been my fave. beautiful, you are, indeed.

Tears in my eyes reading this. Those who love you don't even notice a mark. And I do understand because Anna's little birthmark is always mistaken for a bruise on her eye. Drives us both crazy.

You are so precious and dear to me. And just beautiful. Inside and out. Love you cousin.

Thank you so much for sharing this Abby, it beautifully written & such an encouragement to see the ways God is working in you--and by your sharing this, working in us all!

i have read your blog for awhile and knew you'd be at the retreat, but had never seen a photo of you. i saw someone wearing your shirt, but now i know that wasn't you. you were the adorable lady at the airport, who was so full of energy and love! i did notice your birthmark, but also noticed your beauty. i also have a birthmark on my face. mine is a fiery levi between my eyebrows that faded as i grew up, but seems to be getting darker again. i was impressed by your confidence, as i am self conscious about my mark and you didn't at all appear to be. thank you for sharing your God moment.

how awesome and powerful that God spoke to you that way. i struggle every hour of every day with my inadequacies, physical and otherwise, so i can identify with how you have been feeling lately. you are awesome, and i have always thought your birthmark was really cool. you wear it so well and it makes you you...that being said, though, we can all use a good reminder that in God's loving eyes, we have no stains. thanks for sharing.

because HE first loved us said...

What a wonderful post! Its amazing how God spoke to each individual last weekend. I loved meeting you there! In the short time talking to you, your love for Christ really shined! Stay in touch!
-Kerry Gautraud