lovingly with adoration and splendor 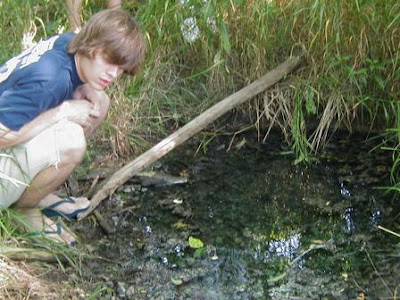 The last few days have been rough. But, that isn’t at all surprising, because I knew today was coming. September 3rd. I try so hard to focus on good things, remember his voice and smile, and not that horrible night. But…most times that just doesn’t work. I have to allow myself to remember the worst…get down into the dark times, and then emerge into my memory of the sweet ones. And dream of life now and what is to come.
Seven years ago, today, I lost my first love. Part of my heart and being. To a drunk driver. A drunk and high driver, rather…who was unable to realize he was driving down the wrong side of the road.
I was supposed to be with Doug that night, but decided to stay home and study greek. Greek, for crying out loud. And for a long while after his death, I wished that I had been in that car, because the grief of staying here in this life without him seemed too great to bear.
But the thing is…I wasn’t with him. He was taken. I am still here. And while I don’t still kiss his picture every night before bed, or sleep with his shirt, or smell his bottle of cologne…I miss that tall, brown-eyed boy every day. The strangeness of his death and absence never goes away.
So much has happened in seven years.
I have…
sat in Greenwich cemetery for hours, felt alone, cried, questioned my God, loved my God, read, written, wondered, prayed, been angry, traveled, learned some French, painted, made new friends, cherished my old friends, taken off a ring, fallen in love again, put on another ring, married that love in the pasture, become a Texan, worked in Mexico, become a nurse, stared into the eyes of my children.

How his life and death have molded my life is immeasurable. How fresh the memories of his crooked bottom teeth, long, messy hair, tall frame, laughter, and beautiful mind are in my soul. For that I could not be more thankful. Every now and then I let myself watch a movie of him moving around and talking just to see him.
I don’t have much more figured out about life than I did seven years ago. I still don’t know why --and have accepted the fact that I won’t while I am here on earth.
What ultimately gets me out of the pits of the anniversary of Doug’s earthly death is Jesus. Because of Him, Doug isn’t dead. Seriously. He isn’t. and I know that better than anything. oh what a day it will be when I see them both together…Jesus and Doug that is. When I join them. I get chills just typing that.

Douglas Michael Shippy, a life lived fully, to the hilt, and in this sin soaked world a life cut short. Our best friend, our beloved.
To a life lived with brilliance, humor, and clever wit.
To every companionable silence, every insightful conversation, to an almost irrepressible mirth.
To a voracious appetite for good books, swiss cake rolls, and grand ambitions.
To an uncompromising loyalty to the people he claimed as his own.
To an unpretentious faith.
Redeem us restore us, ransom us all, until we come again into a knowledge of him not through this glass darkly, but face to face
(written by jenny martin)

If I weren’t breastfeeding I’d smoke a cheap cigar for you tonight, my douglas. Perhaps I’ll settle for pineapple and pepperoni pizza…another one of your faves. Here’s to you. Here’s to life. Life with no death.

Lovingly with adoration and splendor,
abigail
Posted by Abby at 7:32 AM

wow. what an amazing post abby. thanks for your love and your pain and your willingness to share them both candidly. i am seriously moved by your beautiful words. thank you.

That was so beautifully written--thank you for sharing so honestly. I'm totally choked up and teary-eyed at my desk at work, fighting it back.

You are an amazing woman. I admired you before that dreadful day and more and more every day since. you are strong and graceful, compassionate and tenacious! I'm honored to know you and call you friend! I love you sweet Abby.

i read this with tears coming down my cheeks. i love you abby harbin dockery.

What a beautiful soul you are, Abby. Beautiful post. Thank you for sharing. Love you.

oh abby....i am so sorry for what you're going through today. Doug sounds like he was such a sincere and fun guy- he must have been so special to capture your heart. thank you for sharing your story...i can't imagine how hard that is. but the hope and faith of it is pure beauty. i'm so thankful for Jesus holding your heart. thinking of you. :)

Abby, you're such a strong girl! It was so hard to read your post, but I enjoyed reading all the fond memories you have of Doug. Thank you for being so candid and sharing your thoughts.

though just two months older, i've always looked up to you. you have such a beautiful heart, and anyone who has ever known you is fortunate to have experienced it. faith, joy and love--thank you for sharing these things